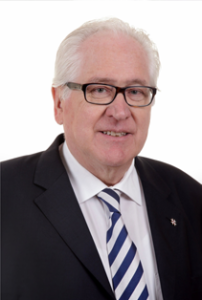 Dr. Bernhard Knaf has been a member of the Santerrra executive sales and marketing team since 2005 and the international executive since 2015. Dr. Knaf has been using Santerra PEMF system since 2001 and also acts as an independent sales representative.Dr. Knaf earned a diploma in nuclear physics from the Munich University and also a PHD from the Ruhr University. Starting in 1978 Dr. Knaf worked for 16 years with Canberra Elektronik in Frankfurt building a sales team in USSR. From 93 to 96 he was a member of the German government delegation under the minister of environment. From 94 to 93 Dr. Knaf was CEO of Life Sciences International Gmbh in Frankfurt after which he was an executive for Dr Knaf Consulting und Vertriebs GmbH for 11 years. From 2009 – 2014 Dr.  Knaf was the managing director and representative of the secretary general of the economic council Germany. His strong management background and International work makes him an outstanding Sanza partner.